2.    Railway transport: Since the period of the industrial revolution in the 19th century, the lines of railways were developed. Railway transport has become extremely popular in countries where vast numbers of people need to make daily to and fro within cities or even beyond that for their professional needs. Again, this transport system helps to establish a link between any isolated cities with economically advanced towns. This transport system is also necessary to carry goods in huge quantity. It is a cheap, safe and comfortable option for people traveling to distant places.

4.    Air Transport: This transport system is the most advanced and latest one in the transport industry.  Using airlines facilities people can reach their destination in a short period. This mode is costly, and it is also available in two varieties. Passengers can take domestic flights to enter any city within a country and can even afford international flights to reach abroad destinations.

5.    Cable cars: This is also another mode of transport designed for hilly or mountainous areas. This transport facility is beneficial for the citizens who live in a mountainous region.

Depending on the need, time in hand and the distance to be covered any of the following modes of transport can be used for transportation.

Transportation via train, highways, airways, canals, and pipelines are the five most frequent forms of transportation. The following is a succinct description of each mode, with particular reference to Indian circumstances, as well as its relative advantages and disadvantages.

I. Railways: The Indian railway system has developed to become the largest in Asia and the fourth largest in the world. Approximately 72,000-kilo meters of the road was completed by the end of 1990. The daily run is 15,000-kilo meters, with 12,000 trains passing through and transporting 7 lakh tons of freight. There is a 27-paise average cost per ton-kilo-meter of material.

1. Large carrying capacity: When compared to other modes of transportation, railways are well-known for their ability to convey large amounts of freight over long distances.

2. It is cost-effective: Because the freight rates are telescopic and referential, it is less expensive to use, especially when transporting large items over long distances.

In addition, Indian railways have done an excellent job by containerizing on important lines, allowing for the more efficient flow of products while maintaining safety and continuity. 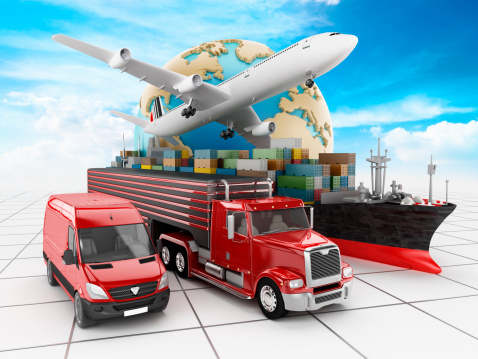 I can help you with an outstanding moving company because I recently completed all the requirements related to my move to best California auto transport companies, on my own, and I am extremely satisfied. I thought this would take longer, and I would have to invest large sums of money, but fortunately, everything was delightful, and the team at best california auto transport companies helped me was very responsible in terms of documents and financial coaching. I've found it very easy to work, and until I have no troubles.