Do we have the technology to deflect large asteroids if they are a threat to the Earth? Follow

You must have seen movies where large asteroids collide with the earth and cause massive destruction. But have you ever thought, what would be the scenario if that happened in reality? Whether we have the technology to deflect an incoming asteroid? At present, we don’t have any such technology available. Whether it be a slow comet or a large one, given the current state, we won’t be able to do anything to deflect the asteroid from entering the earth’s atmosphere. All this may sound fancy to you, but it can cause mass destruction everywhere. It can also wipe out more than half of the living beings from the face of the planet.

Even if there is an asteroid approaching the earth, we will get to know about it prior 1-10 years. Despite the early warning, we won’t be able to do anything. That’s because currently, we don’t have the aid of such advanced technology to protect our planet from incoming asteroids.

Hyperbolic comets are considered to be the most deadly comet as they appear without any warning. Also, these comets travel at a very high speed and thus, it will take only 12 months for it to reach earth. This can be a scary situation for all of us as 12 months is a really short time. This is why scientists and space experts are always busy monitoring the earth’s surrounding. Not just that, but this is why we need an ongoing space program.

Why haven’t we taken any step?

We have implemented the use of advanced technologies almost in every field. Isn’t this shocking to learn that we haven’t done anything to deal with such a big threat? Well, there are valid reasons for it.

1.    First of all, asteroids rotate, and they may rotate multiple axes. This makes it extremely difficult to aim a weapon at the fast rotating asteroid.

2.    All asteroids are not hard rocks. Some of them are also made of loose materials such as dust which is held together by the force of gravity. This means aiming at it will only scatter the comet instead of destroying it.

It is indeed very difficult to deflect an asteroid, but our experts should try various methods and techniques to make the impossible happen. This is required for the safety of the whole of humanity.

Hey, Thanks for sharing great information . It is nice to read such high-quality content. This was the first time I ordered from an <a href="https://aceassignment.co.uk/do-my-assignment/">Do My Assignment For Me UK</a>. My order went smoothly with the help of the support team, They were as good as they said. The written material came well before the timeline, And it was flawless.

At present we do not have the technology to deflect an incoming asteroid, even a small, slow one, even if we had 5–10 years warning. The most deadly impactors are long-period and hyperbolic comets. These appear from outside the solar system without warning, and they approach at high speeds. Even if such a comet were spotted early, we would only have about twelve months to deflect it.

This is why we have to maintain an ongoing space program. We should forget about Mars, unless the purpose of a Mars voyage is to examine Phobos and Deimos. These are probably asteroids captured by Mars.

There are two big problems with deflecting asteroids that we haven’t even started on yet.

Our space program should focus on sending probes to as many asteroids as possible, and testing various methods of deflecting them. I believe that the program should include experiments with solid impactors, giant lasers, mass-drivers placed on the surface of the asteroids, and nuclear detonations far from Earth.

We already have a good international program called Skywatch, which has discovered, and is now tracking the orbits of, thousands of dangerous asteroids. So far none of these asteroids seems to be a threat. This program should now be expanded to include asteroids that are now too small to be detected.

We monkeys evolved on this planet a million years ago. So far we’ve been lucky about asteroid infall. Now it’s time for us to grow up and start acting like a sentient species. When you consider the mere financial cost of even a small infall — visualize a thousand-foot-high tsunami hitting every city on the North Atlantic Ocean — you would think that our political conservatives would get behind the space program 100% instead of just dabbling at it. I blame the Democrats for this too.

I may have come late to answer this, but here is your answer. I have read all the answers written above, with due respect to the knowledge we posses, I can clearly say the answer is incomplete.

Firstly, a direct answer to this question will be YES, we do have the technology to deflect asteroids off - course 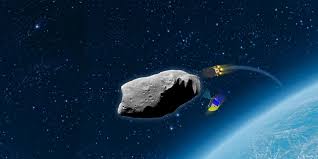 We have already made advancements in this field.

Some of the most incidental but yet fantastic idea is the derivative of the solar sail idea. 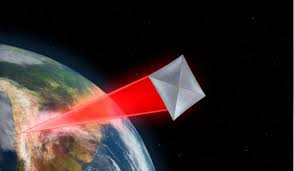 This idea may take us offtrack, but its worth. This idea involves using photons, and their momentum in moving objects in space to high velocities. If we use such a sail in space, it could travel around the universe at speeds much faster than voyager.

If we could use the same principle for asteroids, we could not only deflect them off track, but also destroy them during the course. 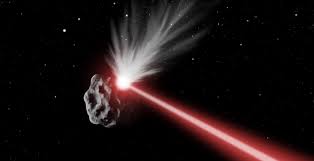 Well, apart from these, there are other ideas which include manned mission. But since this method can be done by even machines alone, I shared some details about it.

This is just one of many ideas and technology we posses.

yes we have the technology. This was the first time I ordered from Do My Assignment For Me UK. My order went smoothly with the help of the support team, They were as good as they said. The written material came well before the timeline, And it was flawless.