Back
Articles Health and Lifestyle

India's first corona Virus infection was reported in Kerala. But certainly, Kerala was able to control and contain the virus limiting the infected to 3. With the supervision of higher authorities and health department, the Health Minister of Kerala, Ms Shailaja Teacher was able to investigate the traces of bread crumbs of the infected people finding the complete information regarding their travelling history, people they met, the possibility of transmission etc.

These 3 infected were sent back home after they recovered from the infection with negative Coronavirus report. The infected were immediately isolated from family and social mixing to provide required attention and medical assistance. The appreciable fact here is that the infected cooperated in the best manner in the procedure to contain the virus. 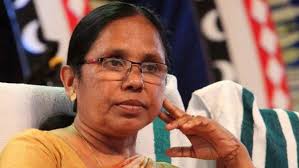 Kerala has already set an example in fighting with epidemic diseases and containing them without becoming a viral outbreak in case of NIPAH. Now with the Covid 19, Kerala reassured its highly developed public health system. The measures implemented and strategies adopted during the Nipah has been helpful for Kerala in setting up isolation wards and recurring patient monitoring system. Kerala is prepared to handle any emergency like Nipah and Covid 19.

What is the current status in Kerala?

Even though the Covid 19 outbreak was successfully contained by the state, the virus has reached Kerala again. Three Keralites from Italy visited Pathanamthitta, a district of Kerala, to attend a marriage. These 3 people trespassed the airport Corona checking claiming to be travelling from another country. Since check-up and investigation were going on with everyone passing the airports, people from infected countries will be isolated for 3 days until the result is sent from Pune. All 3 of them had corona which was transmitted to many people who attended the wedding. This outbreak has spread to 17 active Corona Cases in Kerala at the moment.

When the information regarding the Wuhan Virus outbreak was received, Kerala informed the state health sector to be prepared by initiating the isolation wards and monitoring control units in prominent health units of the states. A 20 member team was formed to respond to emergency Covid 19 calls. All the airports and state connection ports were dragged to surveillance by screening every traveller. Strong guidelines were prepared and circulated to the health department authorities and among the people to stay cautious and vigilant regarding the virus.

Since now the infected positive cases are 17, Health minister along the Chief Minister of Kerala, Mr.Pinarayi Vijayan had taken certain extreme measures to immediately contain and control the virus from spreading to more number of people. 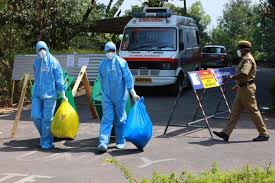 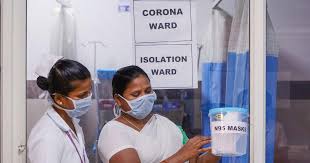 Keralites are used to handling such extreme conditions with the experience from Nipah and flood which happened 2 times. They work together when such an emergency arises in Kerala. Similarly, the public has taken the Covid 19 outbreak seriously and is trying their best to cooperate with the government. People had stopped organising events, public gatherings, attending crowds etc. Many had reported at medical units having symptoms of fever and cough even though most of them were identified negative in Covid 19 test. This ensures the concern and cooperation of the public towards the government and pandemic emergency. People are giving free sterilizers in public ensuring the safety and security of travellers.

The menstrual curse? Why Do People Misconstrue love and Affection? Why I Believe Respect Is The Real Marker Of Success 5 Common Mistakes People Make While Using Extension Cords Why Must Senior Citizens Consider Getting Power Scooters?