Back
Articles IT and Development

So, What is Flutter?

Flutter is the Cross-Platform mobile app development framework based on Dart programming language developed by Google. Flutter 1.0 was launched on Dec 4th, 2018.

Flutter was created to support single code base idea (i.e writing single code which can run on different platforms) and unravel mobile app development problems such as need of coding app differently for different platforms like Java/Kotlin code for Android and Swift code for iOS, but now, Flutter is not only limited to mobile app development but also web and desktop applications as well.

Why Flutter is getting so much popular?

There are Several factors which are attracting developers and big companies towards flutter: Flutter apps are very fast and snappier than the competent Frameworks. The reason behind Flutter's blazing fast performance is that Flutter (Dart) source code gets compiled into native code (almost completely) which makes processing faster and provides native-like performance.

Another plus point for Flutter is that it uses Skia graphics library to draw widgets (i.e buttons and texts), now, Skia is written in C++ which is compiled language. This, in result, Increases Flutter app's performance.

Flutter apps can be as much as 20% slower than native apps, but thanks to powerful hardware of modern smartphones, this difference is very hard to notice in real life scenarios. 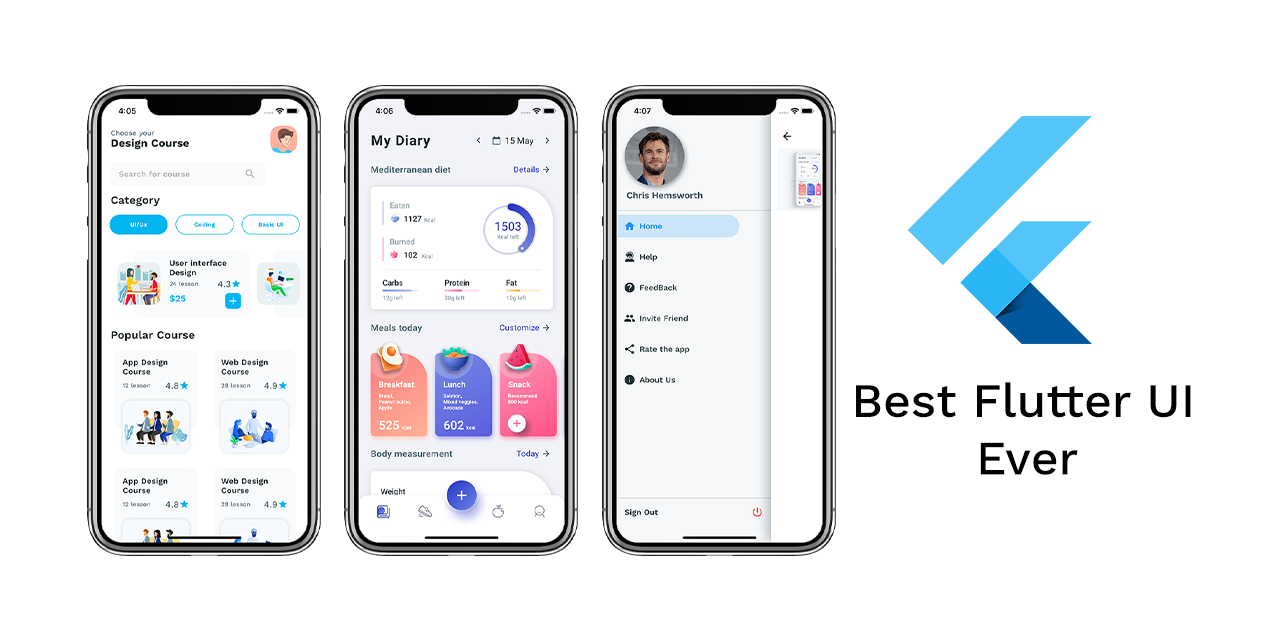 Since Its launch, Flutter is thriving and Attracting masses towards its beauty. The main reason of Flutter's popularity among developers and users is Its design. Flutter gives greater emphasis to Google's Material Design.

Thanks to Material Design features, Flutter provides matchless customization features. Flutter has got huge number of built in widgets and wide variety of styles as well. This results in beautiful and eye feasting Flutter apps.

As Flutter provides lot much for developers as well as users, Best performance along with beautiful looking widgets and many other things which draw attention of people towards Flutter. That makes Flutter's future bright!

How to Publish an App on Google Play Store in 2021? Mobile App Development Checklist You Should Follow How to Make an Android App- Beginner’s Guide How to create a mobile application: step-by-step instructions from IT Systems Limited... Failures are expensive! How to avoid them in product development

IT and Development Courses

ASP.NET Webforms from Scratch for Beginners

Learn ASP.NET, The first step to ASP.NET you need to learn to succeed in web application development, it is easy to learn and understand our online ASP.NET Training course is designed for you with ...

Learn PostgreSQL, The first step to SQL you need to learn to succeed in SQL development, it is easy to learn and understand our online SQL Training course program is designed for you with the compl...

The Complete MySQL from Scratch: Bootcamp

Learn MySQL, The first step to SQL you need to learn to succeed in SQL development, it is easy to learn and understand our online MySQL Training course program is designed for you with the complete...

Learn SQL, The first step to MSSQL you need to learn to succeed in SQL database application development, it is easy to learn and understand our online MSSQL Training course is designed for you with...