From  Aesop’s fables of early literature to the Garfield strips of newspaper fame, stories about animals and objects acting like human beings have been around for ages. Either it be animals talking to each other or gods and monsters fighting one another, any well-written story can focus on  anything and still be entertaining. These stories poke fun on how non-human beings would interact when they are given sentience, as well as teaching us a valuable lesson through their conflicts and challenges. Some like Disney cartoons are meant for children while other more mature stories like Sausage Party are clearly for adults.

Comic book is one medium to find stories of anthropomorphic beings, and over the years various writers have added unique twists in writing about them, with some being reflections of the issues and stereotypes of the modern world. These stories offered new ways and objects to satirize today’s society, while also being an entertaining break from reading all those  stories starring human beings. 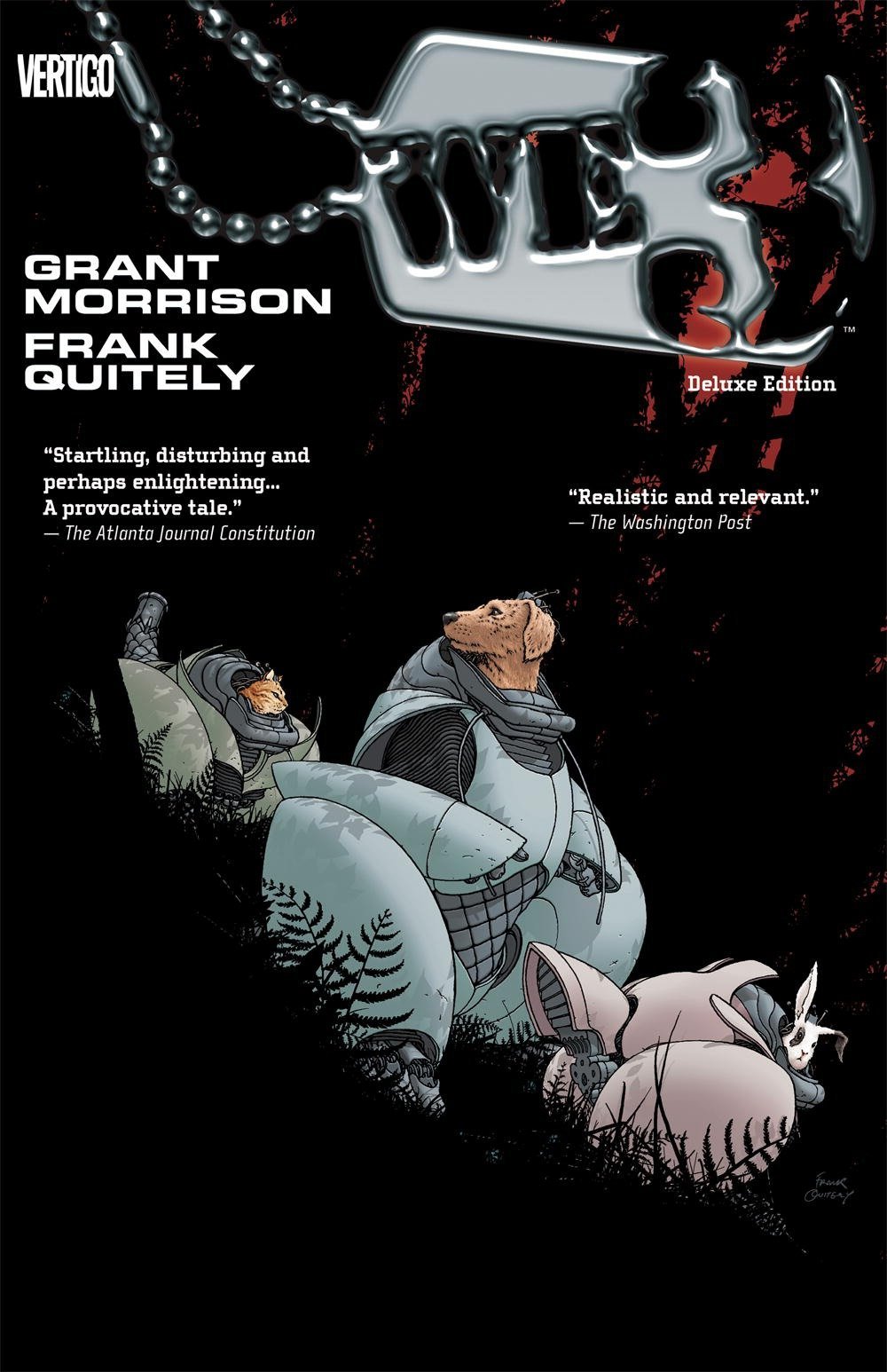 Anthropomorphic animals have been a staple of comic books since the early days of Scrooge McDuck and Garfield, but it was in the first issue of  Teenage Mutant Ninja Turtles where animal protagonist turned from cute and cuddly into serious and gritty. Sadly as the TMNT started becoming campy with the release of their cartoon series, anthropomorphic animals has reverted back to being child’s play.

That is until 2004 when Grant Morrison wrote We3; a story that centers around a group of cybernetically-enhanced animals consisting of a dog, cat and a rabbit. As dangerous weapons of war of the government, these three are anything but cute. When said government decided to terminate them, the animals escaped to the outside world, and from then on started a journey to regain their animal  identities and adapt to their new home. Seeing these animals act, think and feel as sentient human beings while faced with challenges that they have to go through for freedom, is the best aspect of the series. 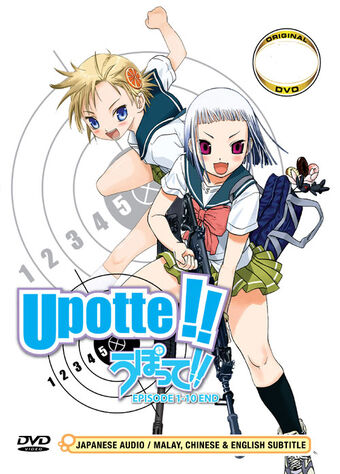 Manga and anime has a lot of unusual stories of non-living objects being turned into anthropomorphic schoolgirls, ranging from squids to battleships. However, the first of these stories to break out into the mainstream was Upotte!!, a manga series starring firearms that have been reimagined as cute little girls. It follows the story of Funco, a humanized FN FNC rifle, and her daily interactions and conflicts with other humanized firearms in a gun school named Seshou Academy. Expect a lot of gunfight and occasional sexy stuffs when reading this manga, but above all else it a story of friendship and camaraderie of girls in the face of battle. 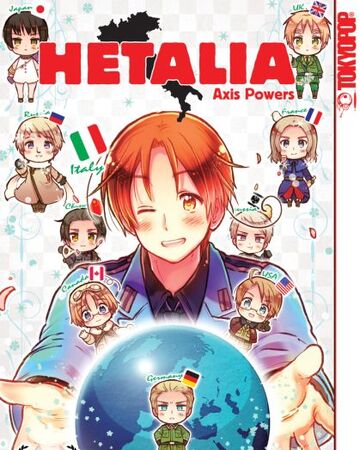 Don't let this light-hearted comedy fool you, Hetalia has the same amount of political satire to make even the great Peter Sellers giggle in his grave. As one of the most popular and successful webcomic today, Hetalia is set in a universe where countries interact with each other as human beings.

The manga focuses on the airhead and innocent Italy, together with his allies Germany and Japan, as they fight the Allied Forces made up of America, England, France, Russia and China. It pokes fun on the political follies and stereotypes of these countries, like America's narcissistic view of himself as the world's superhero, Japan's hikikomori background due to his isolationism, Russia and Ukraine's sibling misunderstandings, China's plan to copy products from other countries and sell it as his, and many others. 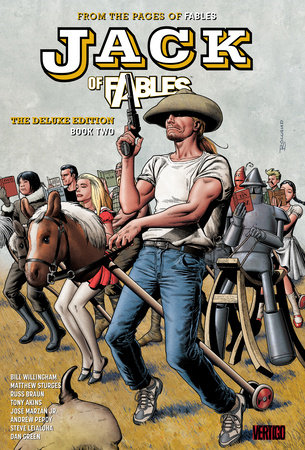 The Fables series is known for its use of traditional fairy tale and folklore as characters in its story, but their spin-off series, Jack of Fables took it to a whole new level by putting actual literary devices as characters. Jack of Fables follows the journey of the titular Jack Horner, the star of fairy tales such as Jack in the Beanstalk, Jack Frost and Jack the Giant Slayer. Along the way he meets and fights against actual literal plot devices like Mr. Revise who is the embodiment of revision, Gary who is the embodiment of the Pathetic Fallacy, and many other embodiments such as deus ex machina, writer’s block and genres. These oftentimes result in many fun and interesting hijinks just seeing these story book characters interacting with actual story devices. 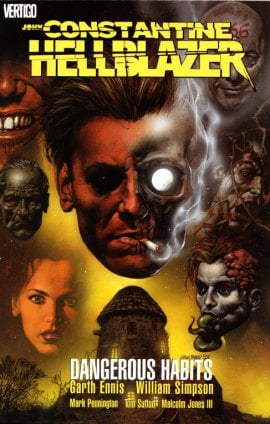 Taking place in a similar world like our own but filled with the supernatural, Hellblazer revolves around the magician, con man, and occult detective John Constantine as he fights against the dark forces in Great Britain. What makes the comic book series such a marvel in intellectual reading is that it follows real time. Writers often wrote their own political beliefs and social opinions in their run while mixing it with horror and supernatural elements, becoming the poster boy of social commentary in the Modern Age of Comics.

Examples of these include issues where John Constantine fights the incarnation of football violence, one where he gambles with demons sided with the British conservative party, or the one he stops an African girl who turns out to be the personification of guilt. 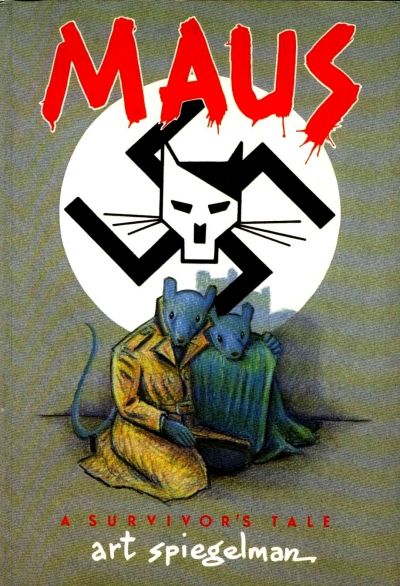 Maus tells the true story of a writer and his old father as they recount the latter’s life before and during World War II.

What makes Maus special is its use of drawing its individuals in animal stereotypes, as well as its first-hand accounts of the atrocity done by Nazis to the Jewish race. Maus’s use of creative art and personifications made it a winner of a Pulitzer Prize. A brilliant and inspiring novel, it is a story of hardship, survival and suffering that would touch the hearts of even those not into comics. 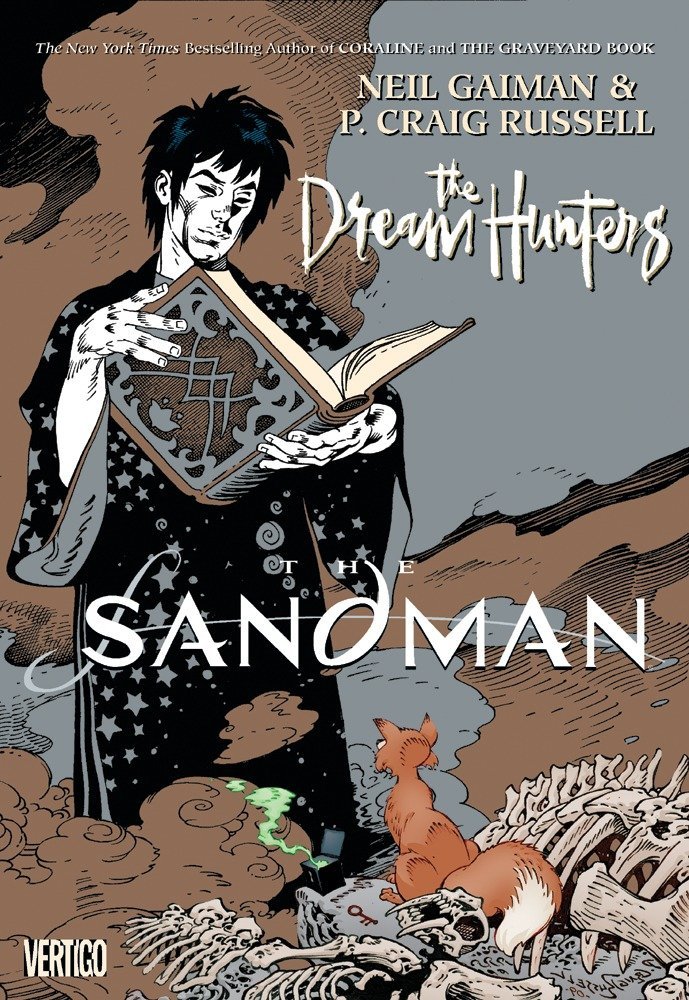 When it comes to dark fantasy stories, no one is as great or influential as Neil Gaiman. Known for his intelligent use of symbolism and anthropomorphism, he released many successful literature like American Gods and Coraline, but his greatest work is arguably the one that made him famous, The Sandman, considered to be the superhero genre equivalent of what Lord of the Rings is to fantasy literature and Star Wars is to science-fiction films.

The story follows the titular character Sandman (known as Morpheus), a personification of Dreams who ruled over a kingdom called the Dreaming, the place where people go when they sleep. He is but one of the member of a race called The Endless; powerful embodiments of nature such as death, desire, despair, destruction, destiny and many others.

The series would later span a huge universe filled with mythologies of different cultures, historical people, urban legends, as well as the DC Universe itself. The Sandman is the work that popularized the use of anthropomorphic personifications in all of fiction for years to come that is unrivaled to this day.